By Bmg
Posted October 8, 2014
In beauty tips
Urban Beauty Express Salon nail myth and tips explained2014-10-082014-10-08http://www.urbanbeauty.co.za/wp-content/uploads/2015/10/Urban-Beauty-Academy-logo_final-1Small.pngUrban Beauty Academy & Student Salonhttp://www.urbanbeauty.co.za/wp-content/uploads/2014/09/IMG_8323.jpg200px200px
0
You can’t hurry your nails, which grow at a fixed rate of about a millimeter a month. But if you can get the nails to not break and therefore appear longer, that’s where things come into play. First, you need to know what’s true and what’s false about nail growth.

You won’t make your nails grow more quickly if you take this dietary supplement. But several studies show that biotin can strengthen brittle nails, making them less likely to split or break, so you may be able to grow your nails longer after taking the supplement regularly.

Biotin is often sold by itself as a dietary supplement or as an ingredient in vitamins sold to improve the look of the skin, hair, and/or nails.

Some people believe that professional pianists, people who type all day,  and other people who spend several hours per day exercising their fingers have quicker-growing nails than other people, because the extra blood flow to the fingertips speeds fingernail growth.

Though there aren’t any studies to prove it,  people who move their fingers constantly may, indeed, have slightly quicker-growing nails.

Still, that doesn’t necessarily mean longer nails. Why not? Nails with more impact on the tips tend to break more.

Keeping your nails moist won’t help them grow quicker, but it can keep them from breaking sooner.

Nails need lubrication, just like our hands and skin, during the winter months. Every time you wash your hands, put a little hand cream on; it’s much richer and thicker than just a body lotion.

Wear gloves or mittens outdoors in cold weather, and use rubber gloves when you’re doing chores around the house.

Once nails come out from under the cuticle, they’re dead tissue, so there’s no way to repair it. Detergents and dish soap can make the nails dry and split. Wear cotton-lined rubber gloves around any soaps or cleansers, even if you’re only washing one dish or one window.

A protein deficiency can lead to weakened, slow-growing nails, so some web sites suggest that eating or drinking more protein (even specialized protein shakes) can help the nails grow more quickly.

Don’t believe it, and don’t drink protein shakes for this reason alone.

Increasing protein intake is a myth as far as strengthening your nails.

Some women with long, attractive nails swear by garlic. They say that they rub halved raw garlic on their nails regularly, or they mince garlic, stuff it into a bottle of clear nail polish, then paint their nails weekly with it. They claim to grow longer, stronger nails quicker than their friends who don’t know their secret.

Why have people targeted garlic? Possibly because the bulb is high in selenium, and some studies have linked low selenium levels to weaker nails. But no research has found a connection between garlic ingestion or application and longer, stronger, or quicker-growing nails.

If you would like to know more about how to have beautiful nails, please do not hesitate to contact one of our friendly nail technicians today!

We're not around right now. But you can send us an email and we'll get back to you, asap. 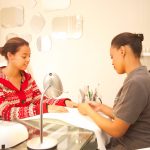 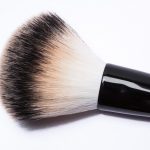